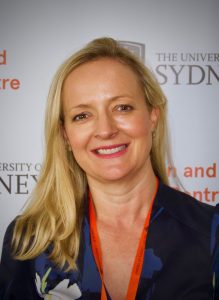 Sharon received the award for her contribution to science in the areas of mental health, sleep and cognitive decline/dementia. Her work is impactful and has been cited over 11,000 times across 26 disciplines from 75 countries (h-index=59) and it has received high-profile media attention, appearing 76 times on television, radio, and print media.

She has also received a Tall Poppy Award, the Society of Mental Health Research Oration and three consecutive NHMRC fellowships.

Sharon holds the Leonard P Ullmann Chair in Psychology at the University of Sydney and a number of leadership positions, including Chair of the Sydney Dementia Network and Vice Chair of the Alzheimer’s Association International Sleep and Circadian Rhythms Professional Interest Area.

“I am thrilled to receive this award in recognition of my work examining the role of depression, sleep and cognitive training in people at risk of dementia, and importantly for a range of work that has had real value and translational impact. I am now thrilled to be working with The Australian Dementia Network and particularly with its memory clinics initiative, to help bridge the evidence-to-practice gap and optimise the experience of care for those seeking assessment and treatments“, said Prof Naismith.